This project is about the transformation of an old disaffected school in the suburbs of Nantes, classed in the local architectural patrimoine, to a music school. The patrimoine factor forces us to have a sensitive and subtil intervention, that’s why the building doesn’t change a lot in its aspect. However, the way to go to the building is completely new. Indeed, the new entry offers enough retreat to approach the building in its whole. Also, the declivity in this part of the site was used to make large stairs and an arena for exterior performances. Once inside, a lift has been installed around the original stairs, and each room was isolated from inside to keep the building’s original exterior aspect. 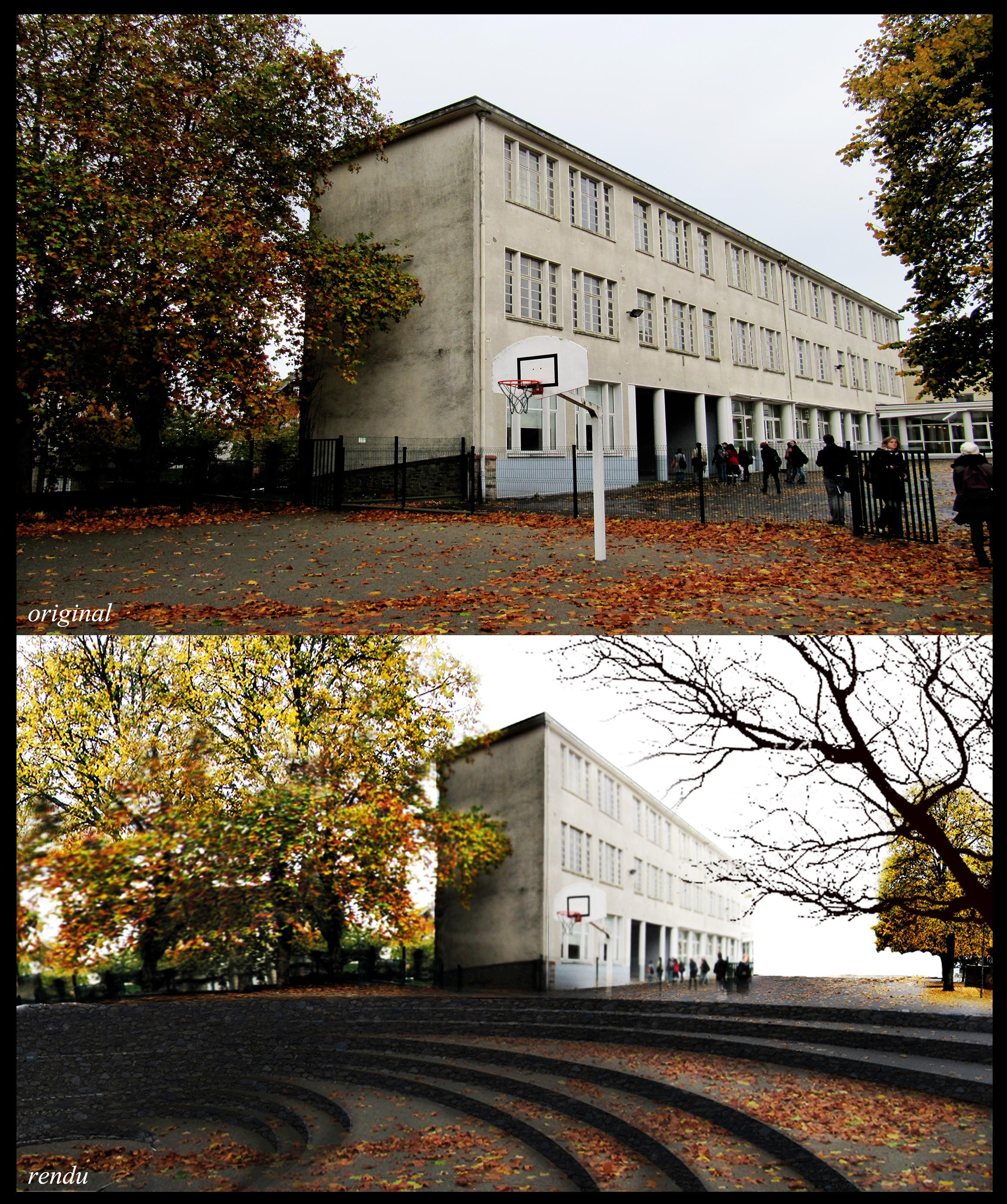 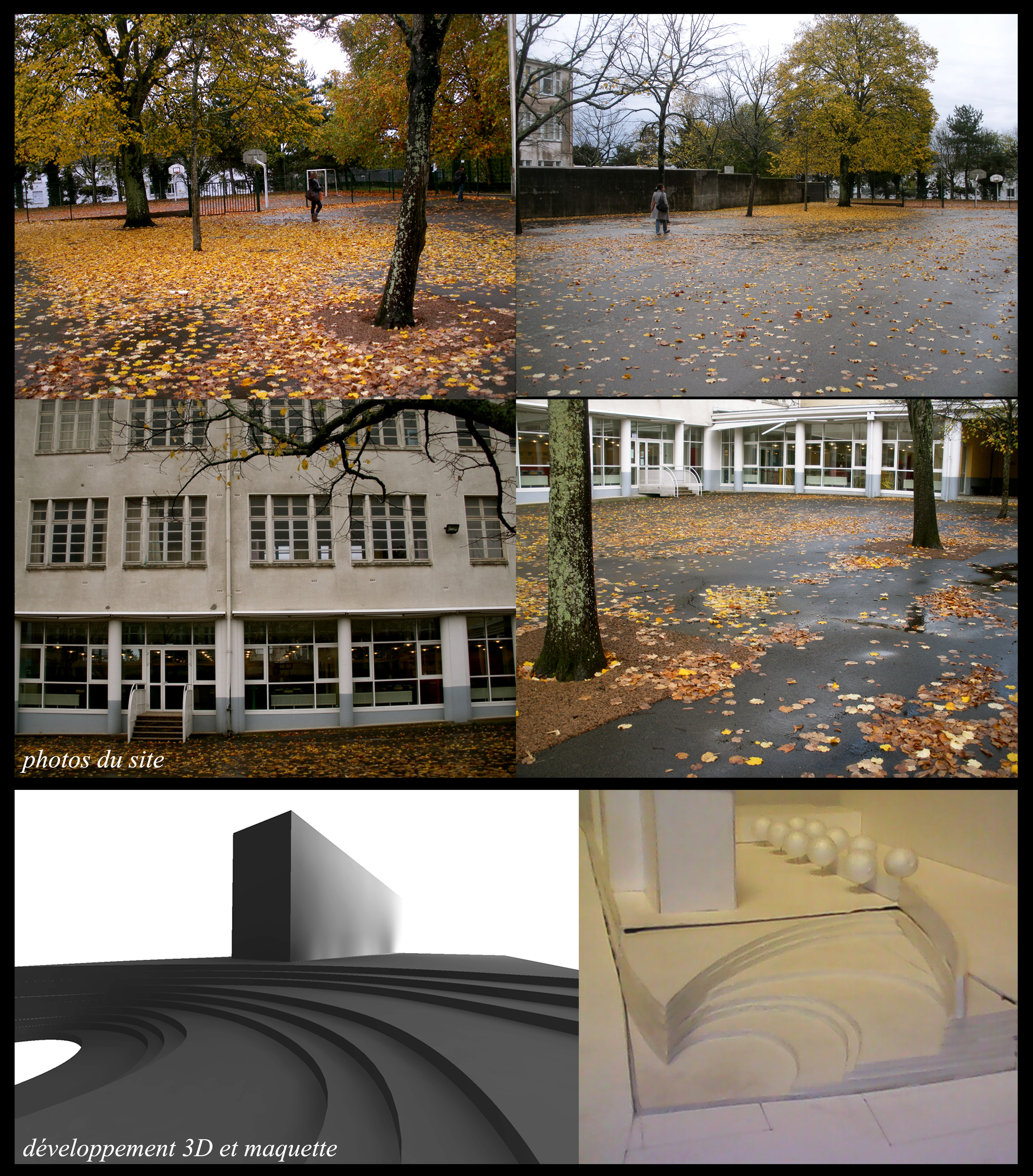 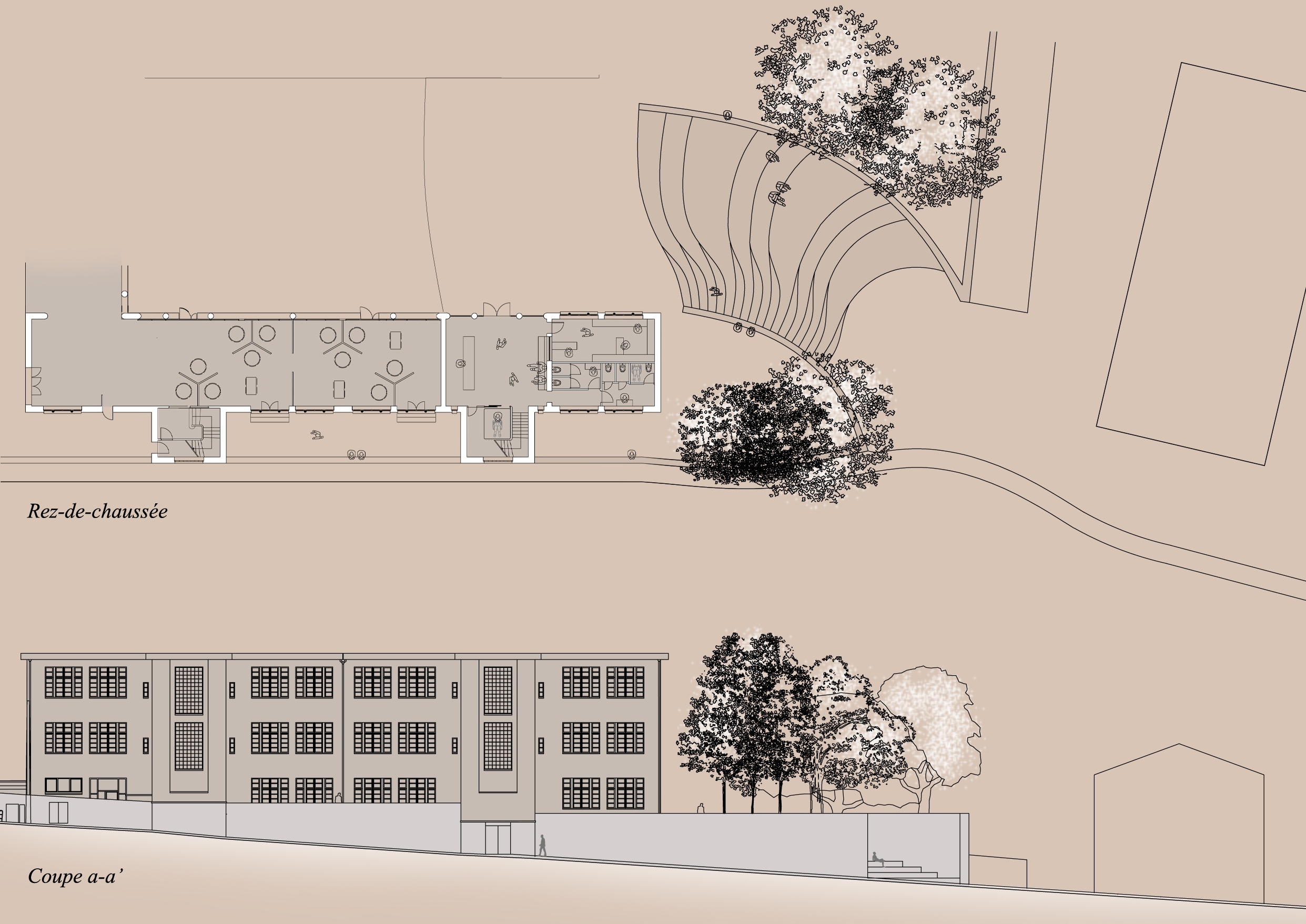